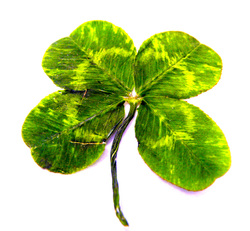 This Sunday, March 17, 2013 people will be turning green. Folks will wear green clothes, paint green shamrocks on their faces, drink green beer and have one heck of a great party! We will talk with Irish accents. We will be serving Corned Beef and Cabbage. There will be parades. That is right……..this Sunday is St Patrick’s Day. These are just a few traditions that we have associated with this holiday all of our lives, but the truth about some of these traditions just might surprise you! Here are 5 things about St Patrick’s Day you did not know.
1: Break out the “blue beer”? All the green traditions for St Patrick’s Day originated in the 19th century as a     reference to St Patrick’s use of a shamrocks in his religious teachings. St             Patrick himself did not wear green clothing; he wore blue. 2: Ireland never had snakes To this day Ireland is a snake free zone. St Patrick was credited for this, and it is why we celebrate him to this day. Here is the problem. Modern biologist believe there were never snakes in Ireland. Due to Ireland’s geographical location and the low ocean temperatures around it, snakes had no way to migrate to it. The association with snakes is a metaphor for St Patrick’s fight against paganism in Ireland and for converting many people to Christianity. 3: The first St Patrick’s Day parade was in the United States Celebrating St Patrick’s Day did not start in Ireland. The first parade for St Patrick Day was held in 1762 at New York City for Irish soldiers serving in the English military during the Revolutionary war. The soldiers marched through the city to celebrate the religious feast day and their Irish roots. It was not until 1931 that Dublin held the first parade in Ireland. 4: This holiday was not always a big party March 17th is the recorded day of the death of St Patrick. Originally, it was celebrated as a Catholic feast and a quiet religious observance. In 1737 the first large celebration of St Patrick’s Day occurred in Boston, Massachusetts. It did not become a national holiday in Ireland until 1903. Until the 1970’s Irish pubs were required to stay closed on this holiday. 5: St Patrick was not “Patrick” or even Irish St Patrick’s original name was Maewyn Succat, was born in Great Britain and was not religious. At the age of 16, Irish marauders kidnapped him and he was sold into slavery. It was at this time he formed his religious beliefs. After escaping back to England he became an ordained priest. He returned to Ireland to convert Irish Celtic pagans to Christianity. Now you know green should be blue, Ireland never had snakes, the holiday was celebrated in the USA before Ireland, it was not a big party, St Patrick was not Irish and that was not even his original name. These are minor points that does not change the spirit of the holiday. The fact is St Patrick did exist and he did bring Christianity to the pagans of Ireland so let the green party begin!