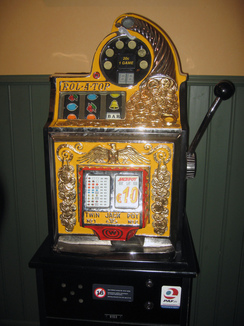 You may be curious as to why of all states in the US, Nevada, where Las Vegas is situated, became the gambling haven. Here are some quick facts you may want to check out about the history of gambling in Nevada: 2. What games were played before gambling became legal – Games of chance played during social functions, such as bridge and whist, as well as games dubbed as “nickel-in-the-slot-machines” were the popular games before gambling was made legal.
3. When gambling became legal – Gambling in Nevada can be traced back to way before 1864, the year that Nevada became an American state. Nonetheless, it was only on March 19, 1931, that gambling in Nevada was legalized. Phil Tobin, a Nevada State Assemblyman, introduced a bill that allowed wide-open gambling. It was then signed into law by Governor Fred Balzar. 4. How big and popular gambling is in Nevada today – Today, gambling in Nevada is popular worldwide, and it is the industry that keeps the state as one of the most prosperous in the US. In fact, the Nevada Gaming Control Board reports that the state revenues reached $897.3 million dollars which is up by 1.37% compared to last year.  A Detailed History of Gambling in Nevada Though the casinos are mostly concentrated in Las Vegas today, the entire state of Nevada has long been associated with gambling. It first established itself as a mining state in the 1860s, but eventually, it came to depend heavily on prizefighting and gaming. Nevada legalized gambling due to several factors, one of which was the Great Depression. Then, Nevada’s mining industry was declining, and this then messed up the economy of the state. The government had to do something, so it decided to legalize gambling, as well as divorce. Another reason behind the move to make gambling legal was the plan to make Nevada a tourism state. The then newly-built Hoover Dam and the Boulder City were thought of as tourist magnets, and to attract even more visitors, one of the sure-fire ways was by making gambling legal. The decision to legalize gambling proved to be beneficial in the long run. Illegal betting and notorious card rooms situated in seedy alleys were abolished and organized crime was addressed more effectively. Likewise, the growing gambling industry then became a money machine for the then-struggling state. The monumental establishment of Las Vegas as a gambling hub in 1905 proved to be wise, as today, it is regarded as the entertainment and gambling capital of the world. From its humble beginnings, the state of Nevada is known today for its nightclubs, sporting events, and especially, its popular casinos. The more than 200 casinos have bought in $12 billion in gaming revenues and about $13 billion in non-gaming revenues, and Nevada’s profits mainly come from gambling taxes.