What You Don’t Know About One Armed Bandits 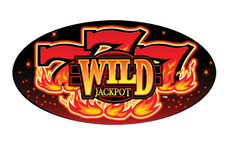 11 Jul What You Don’t Know About One Armed Bandits

Here’s a chance for you to know your favorite gambling machine. It was popularly nicknamed One-Armed Bandit. “One-Armed” because of its single lever depicting an arm and “bandit” because of its nature to collect an addicted player’s cash leaving him with nothing. The first generation of slot machines evolved from a novelty item to a more complex server-based gaming machine. Here are tiny bits of information you can share with your casino friends the next time you bet on a slot machine.
History In the late 1890s the American symbol for unity and freedom, the Liberty Bell, surprisingly rang on the reels of a gambling device, hence its name. It was designed and invented by Charles August Fey, a German mechanic based in San Francisco. He created this slot machine with three spinning reels consisting of five symbols namely horseshoes, diamonds, spades, hearts, and the Liberty Bell. A lever was purposely attached to its side which players pull for a lucky spin. The automatic payout feature of this machine set it apart from the earlier coin-operated devices; however, releasing a maximum of ten nickels for a row of three bells. Liberty Bell gained massive popularity among the salon patrons and eventually among his competitors. Fey’s success was overwhelming that he decided to open the Slot Machine Factory in 1896. Among his inventions were the 4-11-44 and Card Bell, two mechanical gambling machines that were equally appealing to the public just as Liberty Bell was. Charles Fey’s ingenious designs paved the way to the development of the gaming industry. To this date, the evolution of slot machines continuously entices a diverse culture of gamblers. Most Popular However diverse the players’ motivations are, there is always a set of <strong “mso-bidi-font-weight:=”” normal”=””>slot machines for them to play with, a variety of games to choose from, a horde of cash to win and a group of manufacturers who will make all of these possible. Bally Technologies is the oldest manufacturer of the gambling machine to date. It has hosted the world’s largest slot tournaments and has produced the most number of slot machines worldwide. Most Advanced The most advanced and preferred types of slots today are those operated with Server-Based Gaming System or SBG which allows you to play video slots through a remote terminal like your cellular phone. Player Restrictions Age and dress code are the only restrictions that generally apply to casinos around the world. Generally, twenty-one year-olds and older in required formal attire are allowed inside the gaming area. Most resorts disregard dress codes and most of them have a lower age requirement. Slot machines are still the number one income earner in all casinos around the world. Roughly forty to seventy percent of casinos’ revenues come from slots. In 2012, a statewide revenue report compiled by University of Nevada at Las Vegas (UNLV) Center for Gaming Research showed Nevada generating revenues of $10,283,752,257 from gaming alone. Over a hundred thousand machines yielded a revenue this much from a single state. This makes you think, “how much more can America earn from slots?” For the latest and greatest slot machines visit Emerald Island Casino in Downtown Henderson, Nevada. Emerald Island Casino is Nevada’s “Only All Penny Casino”.