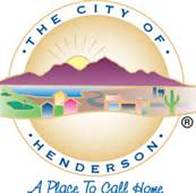 Three of the most renowned and interesting places such as the magnificence of Hoover Dam, the brilliance of the Las Vegas Strip, and the placidness of Lake Mead surround the city of <strong “mso-bidi-font-weight:=”” normal”=””>Henderson, Nevada. In addition, McCarran International Airport (MIA) and its reliever Henderson Executive Airport are only a few minutes-drive from it. Henderson is recognized as a warm and exciting destination with its opulent resorts, great locations for  golfing, gambling, boating, shopping, etc and the very famous <strong “mso-bidi-font-weight:=”” normal”=””>Boulder Dam, now known as Hoover Dam spanning the <strong “mso-bidi-font-weight:=”” normal”=””>Colorado River.
History of Henderson During the Second World War before Henderson, Nevada was officially incorporated in 1953, it was the major supplier of magnesium, the so-called miracle metal which made it possible for U.S. and its associate countries win the war. The production of this metal helped the country make combustible casings of armaments and the different parts, frames, and engines of airplanes. After the war, the workers from the manufacturing plant and other families transferred to other places. As a result, the township was offered for sale as surplus property from the war. Legislators decided to save the city and all agreed to authorize the purchase of industrial facilities by the Colorado River Commission of Nevada. Dr. Jim French became Henderson’s first mayor in 1953 following incorporation. The city became one of the most promising areas in Nevada with its comprehensive long-term plan as a residential area and continuing business development strategies. It turned out to be one of the country’s most progressive and self-motivated communities today. Things to do in Henderson, Nevada The city is also known for its comfortable weather and climate all through the year, as well as its panoramic landscape ideal for outdoor activities such as boating, sports, and other leisure activities. The city provides great performances at the biggest open-air amphitheater in the whole of Southern Nevada, the Henderson Pavilion. Other popular activities include resort spa services, visiting the County Heritage Museum, the Carousel at the District in Green valley Ranch, the Ethel M. Chocolate Factory of the Mars family, and the Botanical Cactus Garden, among other beautiful locations, performing and visual arts venues, wildlife attractions, educational and historic exhibits in various museums. People who enjoy gambling play at Emerald Island Casino; Nevada’s only all penny casino. Attractions and places to go in Henderson, Nevada and areas surrounding it are numerous so available itineraries are offered to both first time and long time visitors to maximize their trips. The city has different art galleries which showcase sculptures, paintings, and photographs by the best artists from around the world. Welcoming yearly events like shows, arts and culture activities, festivals, among others are held for all types of visitors to enjoy. People are encouraged to take part in gatherings that involve parades, entertainment, food, demos, and other complimentary functions. Guests have been very fond of nature trekking along fifty-five miles of trails using bicycles, horses, or just walking on foot. Adjacent mountains with caves and canyons as well as admirable riches of the desert that need to be explored are among the people’s favorites. Lake Mead and the Colorado River were also accessible by boats and cruises.