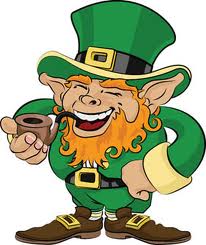 Image by tswails.com
What does the name mean? The word leprechaun is of Irish origin. It generally means “small body,” pertaining to its size as depicted in stories. The word is also roughly given the meaning “half brogue” due to its portrayal as the works on a single shoe.What are Leprechauns? Leprechauns are mythical characters mostly seen in stories particularly in Irish mythology and folklore.  Illustrations show them to be old men distinguished by their beard and hat. Some show them wearing red coat while others say they are wearing green, depending on where the story is set.Although it has the appearance of an old man, a leprechaun is said to be very small, not even taller than a little child. He is also said to be solitary but enjoys playing pranks. And when captured by humans, a leprechaun offers to grant three wishes, trading in for his freedom.
Despite having magical powers, a leprechaun enjoys the value of hard work and saving the fruits of his labor. He spends most of his time making and repairing shoes, these two being the principal source of his gold coins. Then, he keeps his gold coins in a pot of gold hidden at the end of the rainbow. This led to the common belief and expression that “there is a pot of gold at the end of the rainbow.” Many say that the expression symbolizes the reward that one will have for every hard work that he exerts. Other versions of the belief, however, say that the gold coins belong to other mythical creatures, specifically fairies. The only duty of a leprechaun, therefore, is to keep an eye on the treasure. What is their history? The earliest recorded depiction of Leprechauns is on the medieval tale Adventure of Fergus, Son of Leti. In the story, three of them granted Fergus’ three wishes for them to be released. The advent of Christianity brought decline to the popularity and significance of a leprechaun among the common folks. Oftentimes, the said decline is correlated to his depiction of being of very small stature. Where are they from? There are two Irish oral traditions that tell where Leprechauns come from. The first tells that they are a part of the Tuatha De’ Danann. Tuatha De’ Danann are mound-dwellers that possess magical powers and are identified as the tribes of gods and goddesses. And despite his small physique, the leprechaun is the tallest among the said mound-dwellers. The second Irish oral tradition, on the other hand, says that a leprechaun is the descendant of the Tuatha De’ Danann. He is the son of an evil spirit and a fairy which makes him not purely good or purely evil. While gambling at Emerald Island Casino, Nevada’s only all penny casino, most likely you will not see any real Leprechauns. What you will see is the excellent Irish countryside artwork of local artist Edwin Leishman. If you look very closely at the mural covered wall and ceiling maybe, just maybe you may actually spot a actual leprechaun.