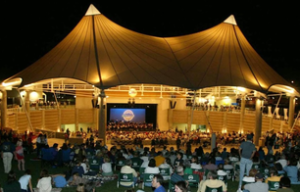 Are you and your family ready to have an eventful month? There are so many entertaining events and parties in May, you and your kids will never get bored! Here are four exciting events to attend in Henderson, Nevada:

What: Art Festival of Henderson
Let your imaginations run wild at this year’s Art Festival in Henderson. This family-friendly event will showcase paintings, pottery, photography and jewelry – from some of the region’s best artisans. There will be live entertainment from Sammy Steel Band, Stuck in Reverse, Desert Dynamite, Hunter Sealy, B. Sharp School of Dance and more! Everyone will also get a chance to enter a chalk artwork competition and enjoy the children’s interactive arts district in the Imagination Station. Admission, parking and bike valet are complimentary.

After the event, be sure to bring your loving mother, grandmother or aunt to Emerald Island Grille on Sunday, May 10th! We have a very special ‪Mother’s Day menu they will surely enjoy!

What: Emerald Island 12th Anniversary Party
Are you ready for another unforgettable party? Your favorite All-Penny casino is having their 12th Anniversary party on May 16, 2015! There will be cake, Irish coffee, hors d’oeuvres and party favors for everyone to enjoy! Every player will also have a chance to win $1,100 in the Super Bonus multiplier Wheel of Cash every 20 minutes from 12pm-8pm or you can win up to $100 instantly from the Treasure Chest of Cash from 7pm-9pm.

What: You’re a Good Man, Charlie Brown
Take a trip down memory lane and watch a classic Broadway musical with your family this month! The Shakespeare Institute of Nevada brings to the stage the 1967 musical comedy featuring music and lyrics by Clark Gesner, based on the characters created by cartoonist, Charles M. Schulz. (Yes, that includes Charlie Brown, Lucy, Schroeder, Patty Linus and Snoopy!) This show is for all ages, and will be shown at the Henderson Pavilion. Tickets vary from $12.00 – $22.50. Click here to purchase tickets.

What: Laughter for ALL!
Have an evening filled with laughter at the comedy concert, Laughter for ALL! Comedian, Nazareth, and a team of entertainers and ministries, will be hosting a free concert event open to all the public. Entertainers such as T-Bone, a three-time Grammy nominee rapper and Cizzle C, comedian will also be there! This event will include bounce houses for all children to enjoy as well as toy and grocery giveaway, to families who may be going through financial hardship. This event starts at 4pm, followed by the show at 7pm. Admissions are complimentary. For more information, click here.