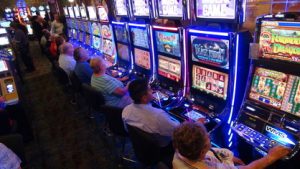 Over a decade ago, when a fun loving man invented a mechanical card game, no one could have possibly guessed that the game would be the most iconic of the gambling industry. It is known by many names throughout the world, but in Henderson, NV casinos, as well as throughout the United States, the game is now known as the slot machine.

These mechanical wonders have a rich and colorful history that spans the length of generations. They are now far from their original form, which dispensed gum as a reward for winning, and huge jackpot prizes are available to lucky players. For those who love the game, as well as those who just love the thrill of the easy prizes they deliver, here is a history of how the modern slot machine evolved.
The Liberty Bell
In the late 1800’s, gambling enthusiasts were hard at work trying to solve the issue of automating the game of poker. Along came the Liberty Bell, invented by Charles Fey. She was as American as they come, and ready to work for patrons who loved the thrill of playing games of chance. The Liberty Bell has three spinning reels and five symbols. These symbols included diamonds, hearts, horseshoes, spades and the liberty bell, which is the root that gave the slot machine its name. The gambling empire fell in love with this invention, and it was not long before innovative designers were producing their own prototypes.A Continued Resolve
The first symbol for a jackpot was the liberty bell. Three of these in a row meant that you had won the highest payout that the system had to offer. Incredibly, the game was banned in the state of Nevada, the modern gambling capital in the country, but it was so popular that it was adopted elsewhere. You might wonder why modern slot machines use fruit for symbols. This has roots in the very first models, which gave out fruit flavored gum as a reward for playing. The bar symbol that is used in many online gambling games today was actually the first logo for the Bell-Fruit Gum Company. Candy might not seem like much of a prize, but it was a fun way to avoid being penalized in anti-gambling states.The Modern Slot Machine
The next generation of slot machines did not come around until the early 1960’s, when Bally Technologies, Inc. introduced Money Honey, the world’s very first electromechanical slot machine. This improved gaming immensely and allowed for larger payout due to the addition of multi-coin belts. Flashing lights drew in the patrons and further increased the demand for this already popular game of chance.Slot Machines Today 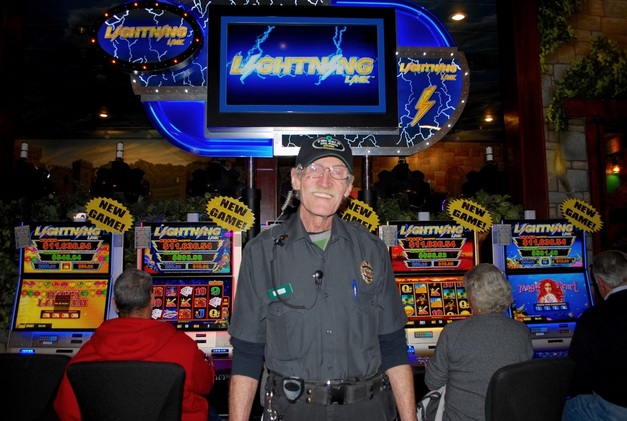 Today’s slot machines are very advanced, with technology that includes microchips and web-based gaming. If you would like to enjoy a night of gambling in a local, fun and friendly environment, you should visit Emerald Island Casino!

Emerald Island Casino is the True Penny King of Henderson, Nevada! Emerald Island Casino brings the best and newest games available to players, before other casinos receive them. You can play games from IGT, Aristocrat, Ainsworth, WMS, Bally, U1 Gaming, Konami,Spielo, Multimedia and Incredible Technologies Shuffle Master and Aruze. Check out our newest games!