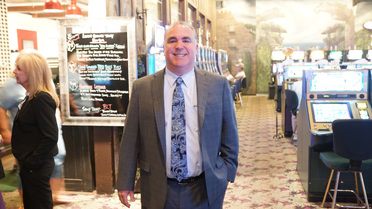 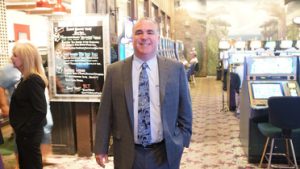 Often times when we hear that a business has done something good for the community, our first response is, “well, that’s nice but it’s also free advertising for them’ or ‘well they can write that off.” While it is true that charitable donations create goodwill for a business,

the Emerald Island Casino ownership and management team truly consider it an honor and a privilege to hold a gaming license, and that with that privilege, comes a duty to give back to the community.

That fixity of purpose takes the form of both a commitment of time and money.  When Emerald Island Casino co-owner Tim Brooks makes his last overhead announcement at the end of the day and leaves the building, you’d think it was to go home after a long day’s work. Typically, it isn’t.  On most days, it’s simply time for Tim to change hats and start his second shift as a community leader and volunteer.

If you follow the Emerald Island Casino Facebook page, you’ll occasionally see a photo or a reference to a chamber event that Tim was present at, or a charity event Tim and Jari attended.  What you don’t see, and rarely hear about, is the full roster of board meetings, administrative meetings, and planning meetings that Tim attends as part of his many community service roles.  As of this writing, in addition to acting as the General Manager of the Emerald island Casino, Tim also serves the community as the Chairman of the Henderson Chamber of Commerce, Member – Board of Directors of the Water Street District Business Association, Member – Board of Directors Boys and Girls Clubs of Southern Nevada, Chair of the Henderson Cultural Arts & Tourism Commission, Member – Board of Directors Henderson Community Foundation and member of the West Charleston Lions Club.

One of the most rewarding things for co-owners Tim and Michael Brooks about the success of the Emerald Island Casino – is the ability to give back to the community.

In the coming months, watch this space for more information about  Emerald Island Casino’s involvement in community events  and charitable contributions.