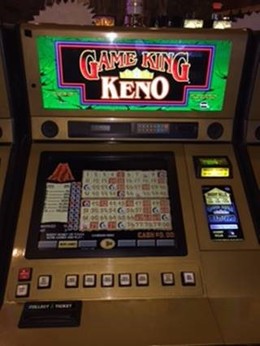 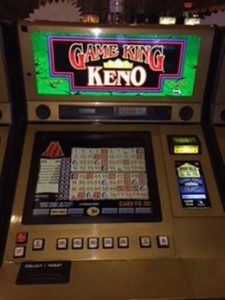 The Emerald Island Casino’s Keno games offer all of the fun of live Keno without the hassle. Machine based Keno gives players rapid fire play without waiting for slow, tedious live ball draws.  Whether you are an experienced player or just starting to play, playing Keno is a lot of fun and learning to play is easy.

Keno is a lottery style game. Players wager by choosing numbers ranging from 1 through 80. After a player chooses his or her numbers and makes their wager, twenty “balls” are drawn by a random number generator.  Payouts, or “paytables” are clearly displayed on the game screen.

The player is paid based on how many numbers were chosen (either by player selection or by an auto-pick option), the number of matches out of those numbers chosen, and the amount wagered.

The game of Keno originated in China. Folklore suggests that Keno games may have been used to help raise money to pay for military expenses during wartime and may have even help fund the building of the Great Wall of China!

The game itself was called different names in different Chinese dialects and there are many Westernizations of those names.  Such names included boc hop bu and puck-a.  When Chinese laborers immigrated to the United States to help build the Transcontinental Railroad, Keno was introduced to the West.  As early as 1866, it had already become a very popular gambling game in Houston, Texas, where it came to be played under the name of  ‘Keno’.

We have dozens of exciting Penny Keno machines at the Emerald Island Casino which offer a multitude of different Keno games.  We presently have single card keno games, Four Card Keno, multi-card games, Caveman Keno and much more!

Four Card Keno players can also earn $25.00 by completing a Four Card Keno Club Card.  Players can sign-up for a Four Card Keno Club Card which gives them a six month period to “fill their card”.   Cards are valid for a six months period from January 1st – June 30th and July 1st – December 30th.  Players receive a “punch” for each qualifying win with a 6 of 6 spot, 7 of 7 spot, or 8 of 8 spot.  Collect four punches during the pay period and receive $25.00 in cash!!! Qualifying wins require players to play a minimum of 4 hands at a minimum of 5 cents per hand.  Please refer to the Emerald  Rewards Center for complete rules and eligibility.

Whether you call it “boc hop bu” or “Keno”, We hope you enjoy playing at the Emerald Island Casino, the Jewel of Henderson!