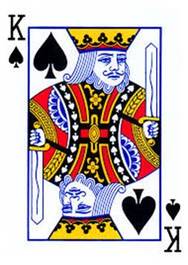 Everyone loves trivia!  Over the years the word has come to refer to obscure and arcane bits of dry knowledge as well as nostalgic remembrances of pop culture.  In 1972, the board game known as Trivial Pursuit was released and trivia competitions became the craze in the United States!

Here are a few gambling related facts you might not know!

And, of course, everyone knows that at the Emerald Island Casino, the Jewel of Henderson, Every Day is Promotion Day!