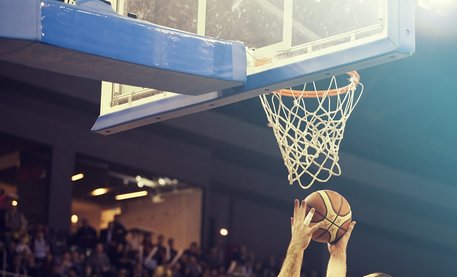 With March comes some of our favorite things at the Emerald Island Casino: warmer weather, St. Patrick’s Day and the NCAA Men’s and Women’s Basketball Tournament! March Madness is here and we have an easy and convenient way for you

to pick and bet your favorite teams as the 68 team field progresses through the brackets.

You can place your wagers at our William Hill kiosk and enjoy all the fun and excitement of sports betting!

The 79th edition of the tournament is scheduled to begin on March 14, 2017, and will conclude with the Championship game on April 3 at University of Phoenix Stadium in Glendale, Arizona.  The championship game will be the first played West of the Mississippi since Seattle hosted the Final Four in 1995.

The selection process for the collegiate NCAA Division 1 Basketball Championship which determines which teams (68 men’s, 64 women’s) will enter the tournament, their seedings and matchups in the knockout bracket is complicated. Thirty-two teams gain automatic entry through winning their conferences’ championships.  The remaining teams (36 men’s, 32 women’s) gain entry by a selection committee awarding them an at-large bid in the tournament.

The seeding process is guided by a number of complex rules governed by the NCAA’s rules.  Reduced to the most basic terms, the selection committee uses a number of factors to place teams on the S-curve, including record, strength of schedule, and a Rating Percentage Index (RPI). Once the S-curve is established the selection committee then places the teams in a schedule of bracketed play throughout four conference regions.

As detailed as the tournament rules are, using the Emerald Island Casino’s William Hill’s kiosk is easy and uncomplicated. Parking is free and the access to the kiosk is quick and convenient.

William Hill is the state’s sports betting leader and offers Nevada’s most diverse betting menu throughout the year on everything: pro and college football, pro and college basketball, baseball, horse racing, soccer, auto racing, hockey, MMA, boxing and much, much more.

We hope you will join us at the Emerald Island Casino to watch some games as well. If you get hungry during the game, you won’t have to miss a play.  You can always order game side delights from our friendly staff accompanied by a pint of fresh Lovelady Brewing Company Love Triangle Red Ale on tap or a cocktail made with spirits from our vendor partner Las Vegas Distillery.  Think Better. Think Different. Think the Emerald Island Casino – the Jewel of Henderson!