SAY IT ISN’T SO! SENATORS SEEK TO ELIMINATE THE PENNY!

05 Apr SAY IT ISN’T SO! SENATORS SEEK TO ELIMINATE THE PENNY! 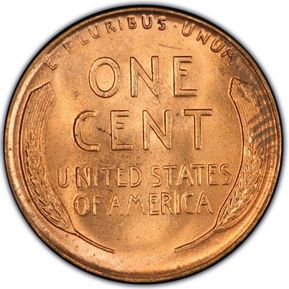 It seems another effort is underway to eliminate the penny!  An Act, which also seeks to totally replace the dollar bill with a coin, was announced last week by U.S. Senators John McCain and Mike Enzi. The act has a long boring name, but a great acronym.  The official name is the Currency Optimization, Innovation, and National Savings Act of 2017, or the COINS Act for short. Citing the high cost of making a penny and claiming that dollar bills don’t fit into the modern economy, the authors of the Act claim that the cost savings of the plan could be as high as $16 billion.

​So what does a penny cost to make?  Between the cost of materials and fabrication of the coin, it is reported that it costs 1.4 cents to make each one.
It wouldn’t be the first time the United States eliminated a
denomination of a coin.
​The half-penny was discontinued in 1857. At the time, it had more relative buying power than the penny does today.
Our neighbors to the north, Canada halted production of its penny in 2013. There, transactions are rounded up to the nearest nickel.
While it is true that pennies are used less and less as payment anymore,
and they are irrelevant in credit or electronic payment methods,
eliminating pennies would result in a “round-up” in cash transactions to
the nearest nickel after taxes. This, in turn, in essence, creates a
small penalty for using cash. Such a penalty would harm lower-income
consumers the most, who tend to use cash for more transactions.
And what about dollar coins? Very few of us carry them around and most
are relegated to our coin jars or sock drawers.  The Federal Reserve has
previously noted that dollar coins are so unpopular that about $1.4
billion worth of them have been produced but are not being used.

At the Emerald Island Casino -Nevada’s Only All Penny Casino – we pride
ourselves in giving our guests great value for their dining and gaming
dollars and pennies!
Give us your two cents worth…should the Government keep the venerable
penny or should it be eliminated?