Thanks Tim for Your Chairmanship  of the Henderson Chamber Commerce 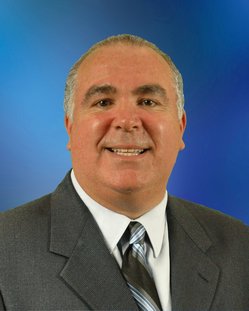 Whether you have heard Tim making an overhead announcement  with his signature line “Every Day is Promotion Day at the Emerald Island Casino!”, seen him with his sleeves rolled up working side by side with the kitchen staff or chatted with him on the casino floor, it is clear that he is dedicated to making every guest feel like family at the Emerald Island Casino.  Often putting in 70 or more hours a week, Tim (co-owner with his twin brother Mike) wears many hats at the Emerald Island Casino including marketing, overseeing the on-going construction remodel and managing operations.   You’d expect that he would have his hands full, but, really, that is just his day job!   ​

​For the last two years, in addition to serving on the boards of numerous community service organizations, Tim has served the business community of Henderson as the Chairman of Board of the Henderson Chamber of Commerce.

His gregarious nature, quick wit and engaging personality all make Tim a natural leader and a perfect fit at the helm of the Chamber.  As general manager of the Emerald Island Casino, Tim developed a unique program to allow guests to utilize their promotional points earned at the casino to purchase vouchers for goods and services from local merchants.   The Exclusive Vendor Partner program, which garnered Tim the City of Henderson and the Economic Development Association – Henderson Person of the Year -Private Sector

Award, is a perfect illustration of how Tim has developed and implemented programs to share his business’ success and to promote and encourage other Henderson enterprises.

Tim’s confidence and enthusiasm that growth can and will happen in  Henderson has been infectious. As a result the City of Henderson and the Water Street Business District have experienced burgeoning growth and success.  Water Street has welcomed a host of new businesses including Lovelady Brewing, TSK Architects, Sports Collectibles Plus, Firelight Barn, Las Vegas  Kettle Corn, and many more.

The real legacy that Tim Brooks leaves behind for the Henderson Chamber of Commerce lies not only in the impact the Chamber has had in the community but the sense of community Tim has imparted within the Chamber.  During Tim’s time as Chairman, all of the very best attributes of the Chamber have thrived.  Leadership Henderson has graduated effective, creative and motivated future leaders who are amply prepared  to move the Chamber and Henderson’s already robust business community to the next echelon.  Chamber members have embraced a climate wherein networking has evolved from a “what-can-you-do-for-me” position   to a genuine “how-can-we-excel-together” movement.  While the Chamber has been successful in looking inward it has shined in reaching outward to encourage and support local charities and community service groups.  The Chamber has partnered with Boys and Girls Club of Henderson, American Cancer Society, Rebuilding Together, Nevada Childhood Cancer Foundation, American Red Cross Southern Nevada Chapter, CASA Foundation,  American Cancer Society, In 12 Days, Habitat for Humanity, Spread the Word Nevada, Toys for Tots, Project Gentlemen, Biz + Bots
and S.A.F.E. House to give back to and improve and enhance the lives of the people of Henderson.

Tim was exceedingly fortunate to assume his role in the leadership of the HCC from the extremely capable hands of DJ Allen, his predecessor at HCC, under whose stewardship the Chamber had flourished.  Now, as Tim’s term as Chairman of the HCC draws to a close, the incumbent Chair, Robert “Bob” Anderson, stands ready to continue the legacy.

Bob’s unique skills in advising businesses are certain to propel the HCC to new and exciting levels.  It is often said that business and tax attorneys are the midwives and pediatricians of new businesses.  In forming a new business, they facilitate the birth of a new enterprise.  They are then tasked with keeping the young businesses strong and healthy in their formative years and beyond.

Not only will Bob bring steady and learned leadership to the Chamber, his experience and engaging style will make him an outstanding mentor and educator as well.  Bob has served as an Adjunct Professor at the Boyd School of Law, where he taught Business Planning, and as a guest speaker at both the University of Nevada, Las Vegas, and in the MBA program at the University of Nevada, Reno.

Please join the Emerald Island Casino in thanking Tim for his generous, inspiring and energetic leadership of the Henderson Chamber of Commerce and in warmly welcoming Bob Anderson as he commences his term.  Best wishes Bob, we expect nothing but great things from you!