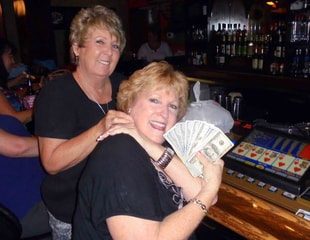 In the 1970s, when the concept of personal computers was just beginning to take hold, a man by the name of Si Redd developed and pitched an electronic version of draw poker to the executives of the giant gaming company Bally Technology.  Bally decided that they were not all that interested but allowed Mr. Redd to take out a patent on Video Poker.  While Video Poker took a long time to catch on, by 1981 it became popular game on casino floors.  Mr. Redd’s took his company public and changed the name to IGT which is the world-wide leader in Video Poker technology.

When the Emerald Island Casino opened almost 15 years ago, one thing Tim wanted to do was to find a way to bonus guests who played Video Poker.  Recognizing that our guests have many options as to where to play Video Poker, Tim wanted to find a way to give guests a better value for their play.  One way to do that to start the progressive jackpot on the single hand Video Poker machines at the bar at $1,000.00 and when the progressives hits to start it again at $1,000.00.