EMERALD ICEBERGS – THE JEWELS OF ANTARCTICA 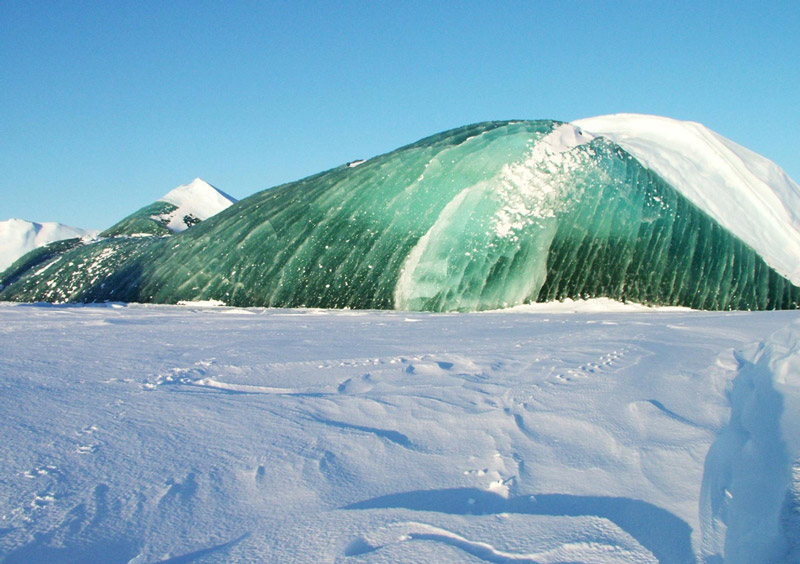 When you think of snow or icebergs, you typically think of white-blue colors. From space the polar ice caps are white against the blue and green of the rest of the earth. But, did you know that there are EMERALD colored icebergs?

For years, scientists have known about reports of beautiful emerald ice blocks, but no one was able to explain why they were deep green or where they came from. The green icebergs have even been immortalized in literature. In the 1798 epic The Rime of the Ancient Mariner, in which poet Samuel Taylor describes an Antarctic sailor seeing “ice, mast high … as green as emerald.” Many scientists refer to them not as Emerald but as Jade bergs. We are kind of partial to EMERALD!

Whatever the shade of green you wish to call them, scientists say that the color must have something to do with their physical and chemical properties. Other ice, such as glacial ice tends to have a blueish hue because it absorbs the redder, longer wavelengths of light, leaving the bluer, shorter wavelengths free to be scattered back into our eyes.

At one point, it was thought that the emerald ice had large amounts to algae in it which resulted in the green color. 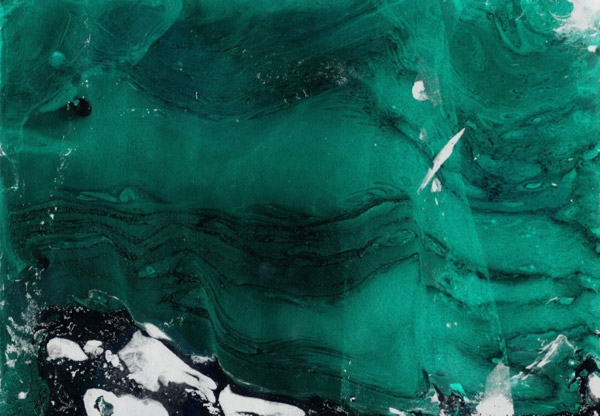 Scientist have finally determined that there are two factors at work that create green icebergs. First, bubble-free icebergs need to form at the bases of ice shelves jutting out into the Southern Ocean. In some parts of Antarctica, the ice is so compressed that it lacks any bubbles whatsoever. This creates a longer pathway through the ice so that, to our eyes, it looks incredibly clear and vibrantly blue.

At the same time, ground-up yellow-red glacial dust from Antarctica’s bedrock is embedded in the ice as it travels to the shore where it breaks off as icebergs. The resulting powdery sediment, so-called glacial flour, eventually made its way into the sea, where the rusty substance occasionally froze to the base of ice shelves and found itself locked into marine ice that ultimately broke off and formed icebergs. As it happens, iron oxides tend to be yellowy-red.

In short, the ice filters out the red light, and iron oxides filter out the blue light, so green is what’s left to escape as refracted sunlight re-emerges from the iceberg. Scientists liken it to mixing blue and yellow paint together to get green. 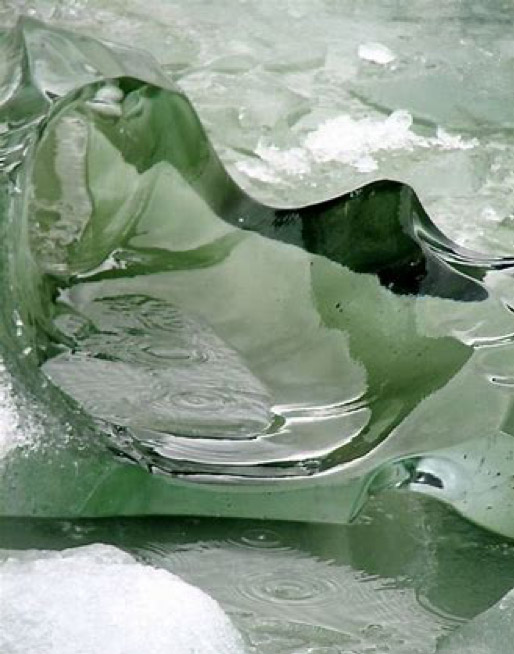