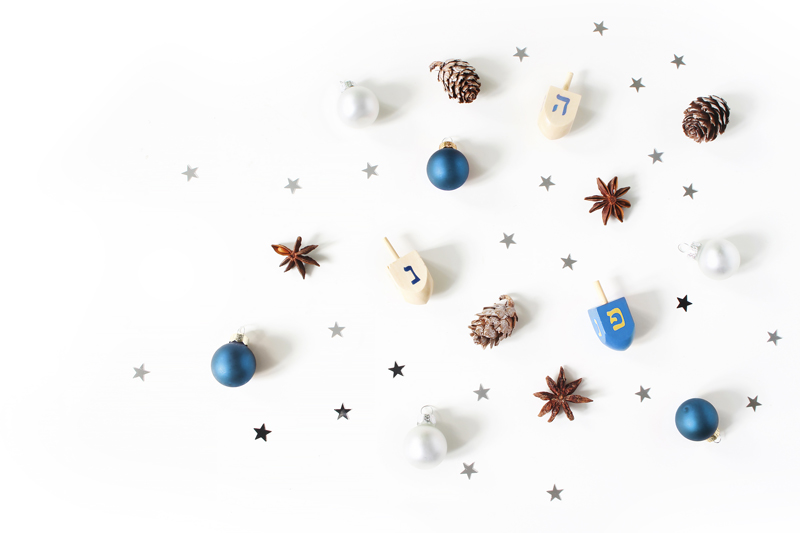 We all know that Christmas has many fun traditions. Children hang their stockings by the fire for Santa to fill and leave him milk and cookies on Christmas Eve. People even wear ugly Christmas sweaters! But, did you know that gambling is actually part of many holiday traditions around the world?

In the Jewish tradition, children play with a dreidel which is a four sided spinning top typically played during the Jewish holiday of Hanukkah. The dreidel is a Jewish variant on the teetotum, a gambling toy found in many European cultures. Each side of the dreidel bears a letter of the Hebrew alphabet:(nun, gimel, hei, and shin).

These letters were originally a mnemonic for the rules of a gambling game played with a dreidel: Nun stands for the Yiddish word nisht (“nothing”), Hei stands for halb (“half”), Gimel for gants (“all”), and Shin for shtel ayn (“put in”). However, nowadays they are commonly regarded to represent the Hebrew phrase nes gadol hayah sham (“a great miracle happened there”).

Christmas pudding is a type of pudding traditionally served as part of the Christmas dinner in the United Kingdom, Ireland and in other countries where it has been brought by Irish and British immigrants. It has its origins in medieval England, and is sometimes known as plum pudding or just “pud”  The pudding is traditionally composed of thirteen ingredients, symbolizing Jesus and the Twelve Apostles, including many dried fruits held together by egg and suet, sometimes moistened by treacle or molasses and flavored with cinnamon, nutmeg, cloves, ginger, and other spices. The pudding is usually aged for a month or more, or even a year; the high alcohol content of the pudding prevents it from spoiling during this time.

It was common practice to include small silver coins in the pudding mixture, which could be kept by the person whose serving included them. The usual choice was a silver threepence or a sixpence. The coin was believed to bring wealth in the coming year, and came from an earlier tradition, defunct by the twentieth century, wherein tokens were put in a cake. Sometimes,  other tokens are also known to have been included, such as a tiny wishbone (to bring good luck), a silver thimble (for thrift), or an anchor (to represent safe harbor).

Whatever your favorite holiday traditions are, we have our own traditions for gaming at the Emerald Island Casino during the holidays.

Come hungry! Enjoy our daily special menus and regular menu 24/7. Join us for Christmas Dinner with your choice of Prime Rib or Honey Glazed Ham and party with us on New Year’s Eve and enjoy your choice of Beef Wellington, Lamb Chops or Maine Lobster Thermidor.

We love you longer during the holidays and all year long! Enjoy the best selection of new slot games and all of your favorites!  All of our over 450 slots can be played at a one cent denomination.

We hope to see you soon at the Emerald Island Casino – the Locals’ Favorite Since 2003!